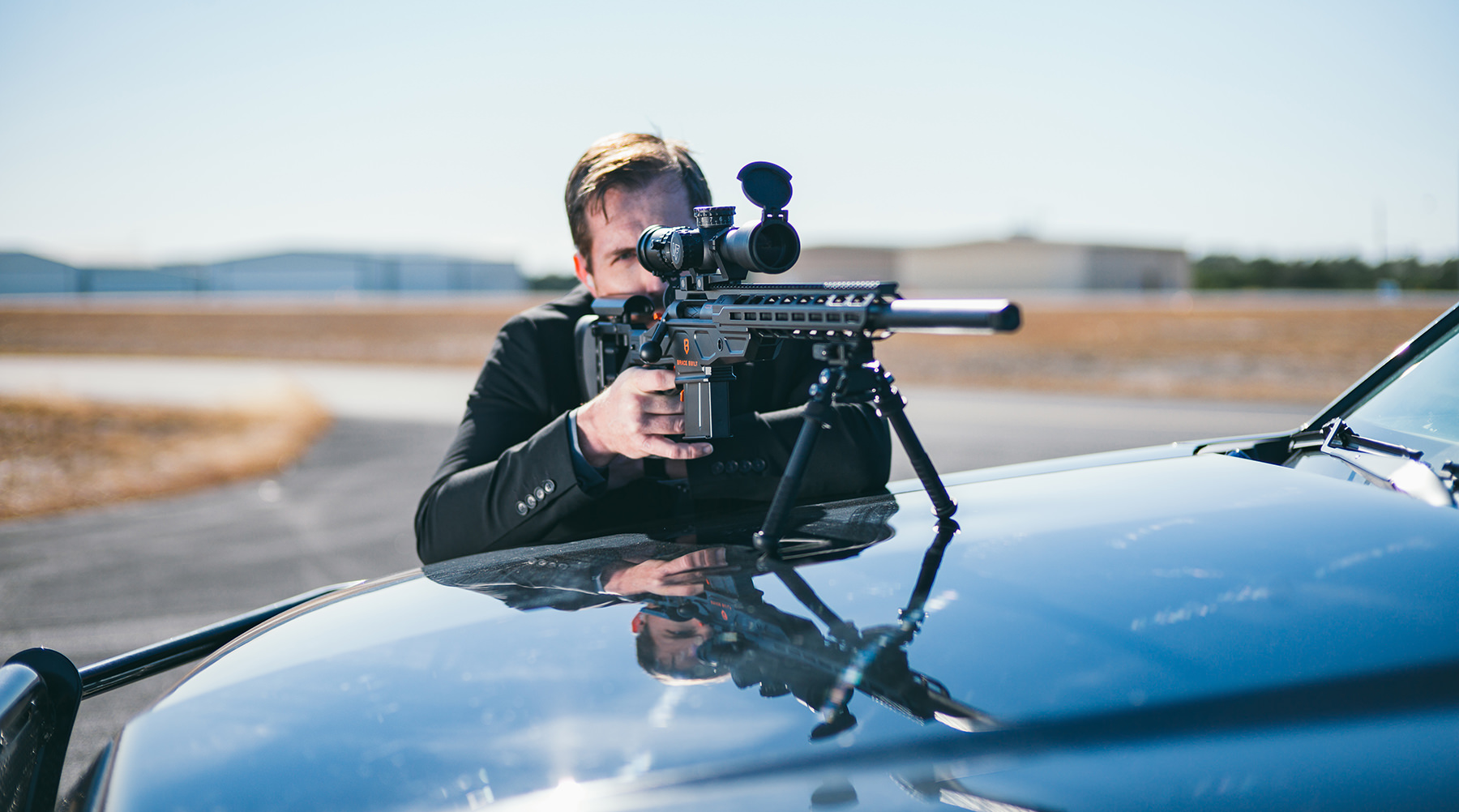 Short action calibers like 6.5mm Creedmoor that have higher MV’s and BC’s are more popular now than traditional hunting loads.

Short action calibers like 6.5mm Creedmoor and 6mm Creedmoor that have higher MV’s and BC’s are more popular now than traditional .308 Winchester loads. This growth in popularity is due to an increase in the variety of firearm and ammunition choices and price points now offered by industry, inexperienced shooters preferring to not make as many adjustments for vertical spread and other factors at extended ranges, shooters wanting to take advantage of the lighter weight short action compared to long action, and the ease with which a shooter can get his rifle rebarreled.

A shooter today can take advantage of a non-traditional, high muzzle velocity, high ballistic coefficient caliber like 6.5mm Creedmoor at price points ranging from $1000 to $6000 based on type of stock or chassis, type of barrel, type of trigger, and key performance characteristics. Opening price point mass market manufacturers like Ruger, Savage, and Mossberg have greatly increased caliber adoption by offering affordable ~1 MOA solutions to new shooters which has led to an increase in sales of ½ MOA or better rifles from boutique manufacturers like Brace Built, Surgeon Rifles, and other smaller custom gun makers. Additionally, ammunition choices have greatly increased and a shooter now has a wide variety of choices at different price points available online, at dealers, and at big box stores. 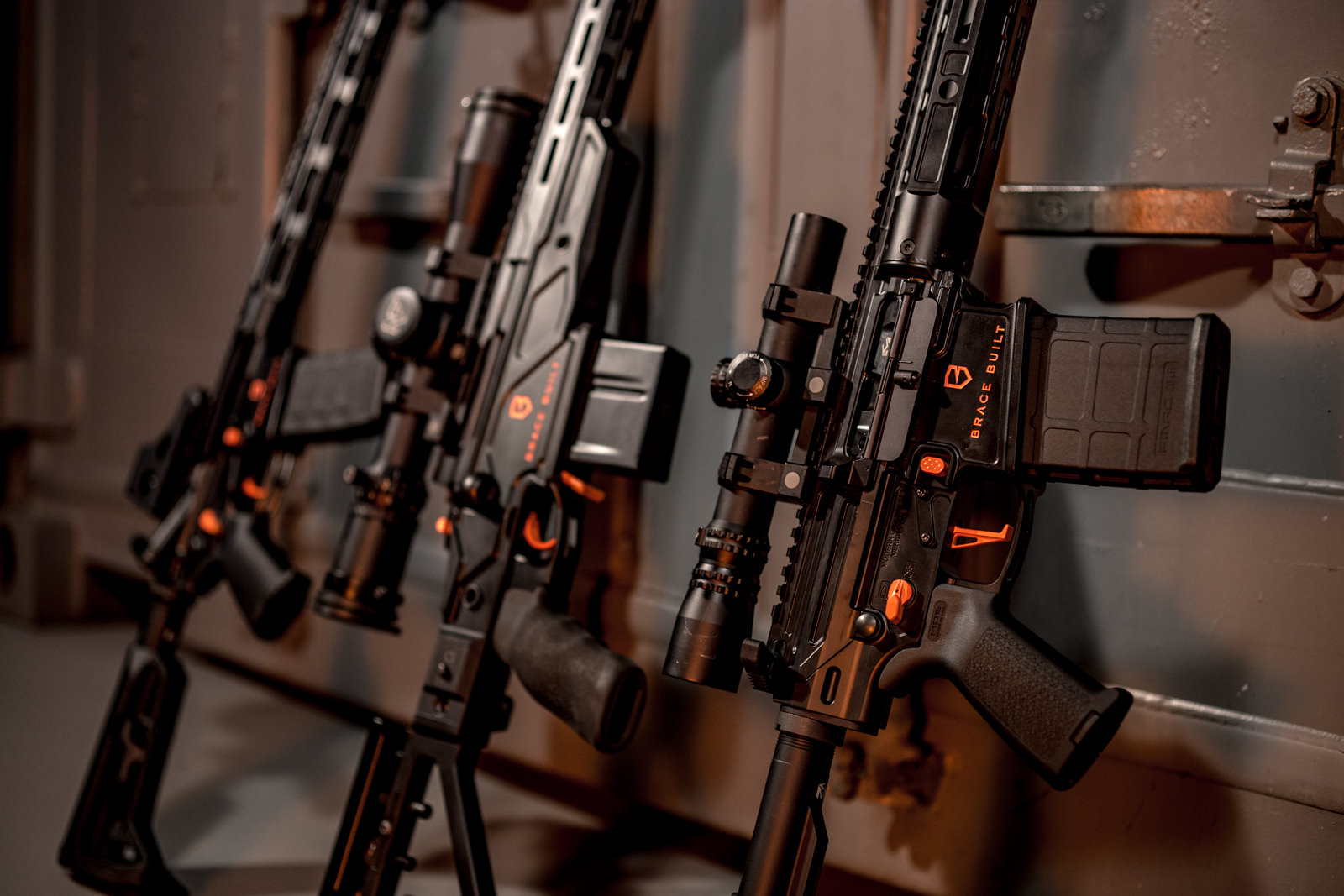 New shooters increasingly want to be able to make longer shots without necessarily mastering the understanding drop, wind effects, and other minor effects like coriolis, altitude, angle, spin drift, etc. on the parabolic flight path of a bullet. Calibers like 6.5mm Creedmoor with high muzzle velocities and high ballistic coefficients can help less experienced shooters buck drop and wind to a certain extent because they are flatter shooting, hotter rounds than other traditional short action offerings.

Traditionally when a shooter selected a rifle for 300m to 1000m and beyond, he had to choose from long action options which necessitated a heavier rifle given the direct relationship between magnum long action calibers and felt recoil. Traditional intermediate solutions like .308 Winchester and short action ultra magnums never really caught on like newer offerings such as 6.5mm Creedmoor and 6mm Creedmoor because they topped out at approximately 800m due to BC and MV. The hotter 6.5mm and 6mm loads with higher BC projectiles give shooters the sweet spot of a light rifle that can be carried around all day hunting over rough terrain that can still buck wind and drop for the perfect long range shot. The biggest downside to these Creedmoor offerings is that the barrel life of these rifles is much less than a traditional .308 Winchester on average, but with so many options today to professionally rebarrel a rifle compared with even a decade ago and designs that better contemplate this necessity, rebarreling has become less of a real concern.

Back in 2005, acclaimed marksman Dennis DeMille had a discussion with Hornady Ballistician Dave Emary about the “ideal” cartridge for match shooting. This conversation took place at the National Matches at Camp Perry where Dennis was competing with a rifle chambered in 6XC. Dennis had several issues competing with this rifle including less than optimal long-range ballistics, very short barrel life, and sparse load data. Using that rifle and cartridge as a starting point, he outlined the improvements and enhancements he would like to have for this type of competition. The ideal rifle and cartridge would have improved long-range ballistics, exhibit less wind drift, have relatively low recoil, long barrel life, and readily available load data. Dave Emary and Joe Thielen (both working at Hornady at the time) would end up partnering together to create the 6.5mm Creedmoor cartridge over the next year or so. Dave and Joe started by taking a look at the “best” components and cartridge designs that were available at the time. The challenge was how to bring all of these elements together in a design that would retain the merits of each design detail in this new cartridge. They might not have realized it at the time, but they were on the cusp of something that would have a huge impact on the shooting sports community.

Dave and Joe decided that a 6.5mm bullet would offer the ideal combination of high ballistic coefficient (BC), sectional density, and mass. Pushing a high-BC bullet slower than the popular 6mm cartridges at the time would actually result in better ballistic performance down range. These slower bullets would also offer extended barrel life while preserving manageable recoil in a competition rifle platform. Having recently completed a case design for Thompson Center called the 30 TC, Hornady already had something close to an optimal case for what would become the 6.5mm Creedmoor.

The 30 TC was suitable for a short-action rifle design, employed a shallow tapered case body for optimal efficiency, and was already shortened compared to the .308 Winchester. The shorter case dimensions would enable long high-BC bullets to be used if necked down to 6.5mm, and that’s essentially what Hornady did to create the 6.5mm Creedmoor case design.

Once the basic formula was solved for the 6.5mm Creedmoor cartridge design, it was a matter of a lot of experimentation and optimization. Some of the many variables included powders, primers, and rifle parameters like chamber dimensions, twist rate, and barrel length. When the 6.5mm Creedmoor cartridge was announced in 2007 (for the 2008 product year), the formula was sound. It would take a number of years, but in the end this cartridge would win the hearts and minds of many competitive shooters and hunters. 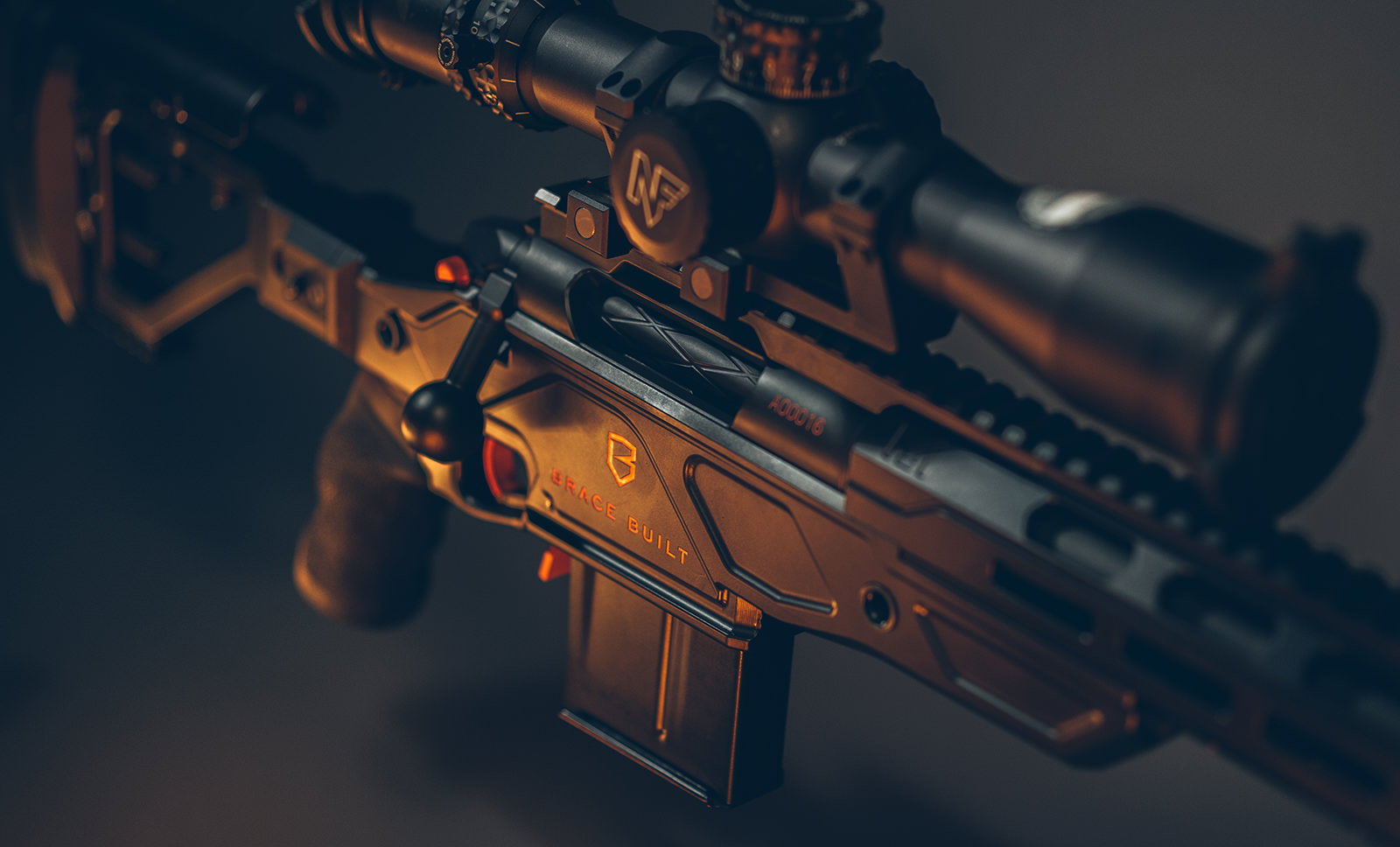 When comparing calibers, the following are the top 10 key metrics that are used:

6.5mm Creedmoor ballistics can be described as “approaching .300 Win Mag trajectory using lighter bullets that impart less energy”. This is an impressive feat given how mild recoiling and versatile the 6.5mm Creedmoor is. .300 Win Mag is both fast (fps, at the muzzle) AND employs a high-BC bullet. That’s why it’s a great standard to compare to, but .300 Win Mag is not pleasant to shoot. It’s got both huge recoil and huge muzzle blast. The muzzle blast is especially potent when a muzzle brake is used, something many .300 Win Mag shooters depend on. .300 Win Mag is also long-action in design – so any rifle chambered for this cartridge will be more of a specialty (not something you’ll find in an AR-10 offering for example), will be heavier, longer and have more bolt cycling distance to cope with. 6.5mm Creedmoor comes close to matching the trajectory of .300 Win Mag, but with much less recoil, less muzzle blast, a short-action compatible length, and with usable energy for hunting out to about 800 yards. It’s also clear from looking at a drop chart that .308 Winchester drops out quickly after about 600 yards. With about 50″ more drop at 1000 yards and almost 400″ more drop at 1700 yards compared with 6.5mm Creedmoor, you can see how much better 6.5mm Creedmoor performs at these distances. Rifle shooting is a game of compromises. With 6.5mm Creedmoor, the positive attributes shine brightly while the downside compromises are small in comparison. And that’s why 6.5mm Creedmoor ballistics are thought of as the “sweet spot” in the eyes of many shooting sports professionals and enthusiasts alike.

Barrel Length – A 24″ barrel is considered optimal for 6.5mm Creedmoor, but if you need something more nimble and compact (and light-weight), you won’t give up much by going down to 22″ or so.

Twist Rate – The 6.5mm Creedmoor cartridge was designed around a twist rate of 1:8 (one revolution for every 8″ of barrel length). While you can go a bit higher or lower, you can’t go wrong with 1:8 twist in a 6.5mm Creedmoor rifle.

Optics – Because 6.5mm Creedmoor is oriented towards long-range precision shooting and hunting, you’ll want to pair your 6.5mm Creedmoor rifle with an optic of appropriate magnification range and quality. A scope with maximum power in the 16x to 30x range will be sufficient, and quality is paramount. A scope mount or integrated rail with built-in inclination is also a great idea, so that you can ensure your scope’s elevation adjustment range will be optimized for the long distances you’ll likely shoot. If your optic can withstand .308 Winchester level recoil, it should perform great with 6.5mm Creedmoor, which has even less recoil.

With more and more new shooters adopting the 6.5mm Creedmoor caliber, it is only a matter of time before they ask “What is the best rifle I can buy to get the most precise results?” This is where Brace Built’s Barrier Performance line comes in. Stephen Barrier – formerly the master gunsmith of Surgeon Rifles and now selling his own Barrier actions and Barrier Tactical Chassis systems – is well know in the world of sub ½ MOA rifles and he has managed to take his decades of experience and pour all of his knowledge into a platform that outperforms the rest. By pairing a Barrier action with a Barrier Tactical Chassis and a Bartlein barrel and a Timney trigger, he has set the standard for what is achievable in terms of the best shooting experience in the short action precision rifle space.

Whether you shoot AR10s or bolt action rifles, 6.5mm Creedmoor is now a validated option with many choices for firearms and ammunition for the inexperienced shooter up to the master.

Shop the Best Rifles for 6.5 Creedmoor

Shop Now
Interested in purchasing? Talk to a team member